Home » Blog » Pinterest – Don’t Abuse it as a Marketing Channel 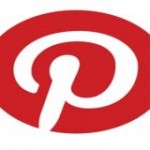 Pinterest has enjoyed immense popularity and has catapulted rapidly to the third ranked social media site, traffic-wise. It is image based, taking advantage of the fact that most people are visually stimulated, particularly by images they consider humorous, unique or interesting. It certainly can generate traffic. Yet, there seems to be a broad disparity in how different types of users see Pinterest, in terms of usage. 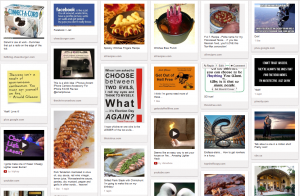 From a blog owner’s perspective, Pinterest often offers a channel via which substantial site traffic can be generated.  Since the majority of blogs aren’t monetized and most bloggers are primarily interested in branding (and erroneously view site traffic as a success metric), posting of cute, interesting and amusing images quickly gained popularity with this group. And for the most part, their efforts could be said to be pure of thought and deed, even if only of momentary benefit.

Of course, those that make their livings on the Internet know that “traffic” alone means nothing. If traffic doesn’t convert, it’s just more noise. Enter: the Pinterest Marketer.

Inevitably, as with any other new engagement channel, there were those that saw a marketing opportunity and adopted early to capitalize on it. If done wisely, Pinterest can be an effective tool. But much like a screw can be driven into wood with a hammer, there is definitely a wrong way to do things there.

So… is the Pinterest platform a social media or a marketing channel? Evidence suggests that it can be both, when properly employed.

People respond best to things they can identify with. An image of an innovative space-saving design, an amazing, do-it-yourself, low-budget room facelift or a simple recipe for an elegant hors d’oeuvre can often capture attention, offer a desired result and enlist new followers. If you’re providing the reader with the necessary information to achieve the same result, or can offer them other similar value, you may gain a subscriber or even a sale.

But let’s take a look at some of the things we’ve learned that are important, after watching a similar evolution on Twitter and Facebook.

Many of the above tips can apply equally to either personal or business use of Pinterest – indeed, any social media platform. For the most part, it’s a simple matter – don’t do to others that which would irritate you if they did it to you.

A friend, Steve Gerencser, who is somewhat of a Master Pinner that has enjoyed considerable marketing success on Pinterest, authored A Quick Guide to Pinterest Marketing, with plenty of great tips (several of which I “borrowed” and listed above). He closes his guide with these wise words:

“Remember, Pinterest is about community as much as it is about pretty pictures and marketing.”

How to Really Measure your Social Media Reach