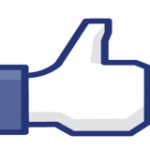 Any business using Facebook to grow its following will need to determine the costs incurred in achieving fans. There are two main factors that affect the cost per fan: niche and locale.

It should be obvious that different niches will involve different costs in the development of a following. Just as is the case in any SEO campaign, the level of competition/saturation of your market will play a huge part in determining the costs and effectiveness of your campaign.

Aside from the direct costs of setting up a page and creating quality content that will interest users, there is also the need to attract users to the page in order to engage them. This is most often done using advertising channels, which usually  involves other costs. Some niches, however, can provide opportunities that require little or no direct expenditure.

For example, a business that can offer significant discounts on affiliate products via proprietary coupons might be able to receive a 25% cost reduction in the list price of a product, via their affiliate status. Offering a 10% discount coupon could attract fans, while still leaving the business a 15% gross margin per sale.

While this does represent a cost to the company, it’s not an out-of-pocket cost, and might be considered acceptable for a short term offering in order to attract a following. Such a discount structure might be a solution for a company that manufactures its own products, as well, if margins permit, but may not be viable for a business with a modest margin. Service or software companies may also be able to make good use of this tactic, as well.

Typically, in any situation where this method of building a fan-base is utilized, it will be done for a limited time, such as during launch or special promotions. However, many businesses routinely offer advance notice of promotions to their fans, or special discount codes that are only accessible to their business page’s fans.

Different locations will obviously have their own characteristics dealing with the effectiveness of building a fan-base and the costs and effective methods of doing so. Cultural differences will drive many factors, such as which style of attracting fans will be most visible and effective, as well as the costs of those methods.

Perhaps most importantly, the locale can have a significant impact on the cost of Facebook advertising, as Facebook CPC is based in part upon the reach of the audience. For instance, in Oman, which has slightly more than a half million Facebook users, the average cost of a fan in the telecom niche has been shown to be $0.42 USD.

But in Egypt, with over eleven million Facebook users, the cost for a fan in the same niche is $0.16. While the total cost per fan may not necessarily follow the number of Facebook users in all niches, for the most part, you should find this to be the case.

To give you a better idea, here’s a graphic representation of the cost per fan in eleven different countries in the region, by niche.

As you can see, with few exceptions, the cost per fan in a given niche tends to decrease as the user-base within the country increases. Understand, of course, that since Facebook ads are the most common promotional style for pages, that is the only advertising channel reflected here. If you are using other advertising media to drive your fan-base, you’ll need to work those costs into your analysis.

It’s important to remember that the numbers used here are averages, derived from the advertising costs of well-established pages with a healthy fan-base, so your own costs could vary in either direction, depending upon your locale, niche and reach. Also worth noting is that your costs may be significantly lower if your Facebook page is only recently launched.

Remember, too, that CTR will be a major factor in your ongoing costs, so it’s important to optimize your ads for audience relevance, in order to keep your cost per fan as low as possible.

Finally, if you’re building a fan-base in multiple countries in the region, don’t fall into the trap of thinking that the “perfect formula for success” you’re using in once country will work as well in another. Each environment will be as different as different niches.

How NOT to Build Links