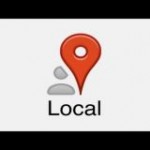 Earning online reviews can be difficult at the best of times. Business owners have enough to worry about without trying to keep up with the ever-changing Google+ platform. Still, it’s important to have an understanding of the Google+ platform so that you can earn reviews that won’t disappear.

Here are 8 things you might not know about Google+ reviews:

A Gmail address is not enough; those who want to leave reviews of your business in Google will need to have an active Google+ account as well. This wasn’t always the case; up until May of 2012 Google Places was still independent of Google+. When the companies merged, a Google+ account became mandatory.

Google-owned Zagat.com also requires reviewers to own a Google+ account as of July, 2013. It’s just one more way Google is trying to get users onto their platform.

2. In-Store Kiosks are a Bad Idea

Business owners sometimes keep an iPad or laptop in-store for customers to leave reviews on – but Google recommends against it. Google tracks IP addresses of incoming reviews as part of their spam filter, so it’s likely all of those in-store reviews will get removed. Instead, collect customer e-mails and follow up with a request they can complete on their own time.

In an attempt to combat manipulative review schemes and incentivized reviews (which are not allowed), Google introduced algorithmic filters that automatically remove reviews that appear to be fake. Unfortunately, a lot of legitimate reviews are also removed because they meet similar criteria to the fake ones. While the algorithm isn’t known, a few factors are generally agreed upon:

In addition, it is speculated that Google also tracks the referring URLs of incoming reviews (the website that linked that customer to the reviews page) and may filter these out as well if it appears customers are being coerced.

Occasionally, “removed” reviews can return if signals change or the filter algorithm is tweaked – but don’t count on it.

Did someone leave a great review on your Google+ page that you want to share on your website? Whatever you do, don’t copy and paste it. Google actively searches for duplicate instances of the same review, whether on your website or other review platforms. If you’d like to feature reviews from Google+ on your website, take a screenshot instead.

Likewise, you can’t collect comment cards and then type up the reviews yourself to leave on your Google+ profile, as Google will not allow multiple reviews from the same account.

5. Businesses Can (and Should!) Respond to Reviews

If you’re not responding to reviews, you’re missing a huge opportunity. A response from business owners shows potential customers that you take feedback seriously and that you’re willing to address the experiences of your customers. While this is especially important for negative reviews, you should also respond to positive reviews to show your gratitude and encourage other customers to interact.

According to Google, responding to reviews is a simple process:

6. Leaving a Review on Mobile is Complicated

In the past, a lot of businesses leveraged QR codes to drive customers on mobile devices directly to their Google+ reviews page. That no longer works as customers cannot leave reviews through any browser (Chrome, Safari) whether logged in to Google+ or not.

In order to leave a Google+ review on a mobile device, a customer will need to do all of the following:

Few customers will be willing to jump through all of those hoops just to leave you a review, so you’re better off trying to follow-up with customers via e-mail in hopes of catching them at a desktop.

7. You Can Get Reviews Moved if Your Location Changes

While it’s not a sure thing, Google has added a “Local troubleshooter” to help business owners move reviews to their new listings if their location, business name or ownership change.

You can submit a request using this form.

It’s no secret that Google has struggled to get the average user to engage on their platform and leave reviews. In fact, in 2012 a clever marketing company revealed that the majority Google’s “Top Reviewers” were actually Google employees.

In an attempt to combat this and drive more engagement on the platform, Google announced their “City Experts” program in August of 2013. While the program is currently limited to select cities in the United States, Australia, Japan and the U.K., the plan is to roll the program out internationally. “City Experts” must have at least 50 reviews and produce another 5 reviews every month. They’re rewarded with exclusive events, “swag” and “online recognition”.

If it takes off, the “City Experts” program could be important to business owners in the future as targeting these experts would be more likely to result in a review.

How Many Did You Know?

Was most of this information news to you, or are you ahead of the game? If you’re feeling overwhelmed at the idea of trying to stay on top of the rules and guidelines, rest easy knowing that a capable online marketing firm can stay vigilant on your behalf and help you turn your Google+ business listing into a sales-driving asset.

What did you find most interesting on this list? Let us know in the comments!